Your video will begin in 5
Register

You disliked this video. Thanks for the feedback!

During a mission to one of Robotnik\'s factories, Sally is taken prisoner by Robotnik and Snively, who construct a roboti-sized \"Sally\" clone, complete with Sally\'s personality, and mannerisms. The double tricks Sonic into rescuing \"Sally,\" whose tracking devise enables Robotnik to monitor the Hedgehog\'s every move. \"Sally\" goes undetected by all of the Freedom Fighters, except for Tails, whose intuition tells him this is not the Sally he knows and loves. However, Tails warnings go unheeded, as Robotnik continues to track the Fighters every move. \"Sally\" shows her true spy colors as she lures Sonic and his friends into a trap. Sonic realizes that Tails suspicions were right, short-circuits \"Sally\" with his super-sonic speed and rushes to the real Sally\'s aide. Sonic frees Sally just moments before she is to be \"roboti-sized\", placing \"Sally\" in the cell as a decoy. By the time Robotnik and Snively realize they\'ve been had, the Freedom Fighters have returned to Knothole, just in time for the real Sally to give Tails his goodnight kiss. 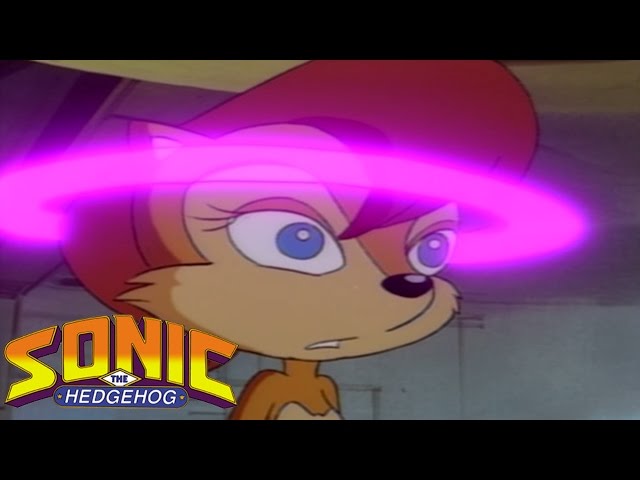 Sonic the Hedgehog 102 - Sonic and Sally | HD | Full EpisodeSubscribe: http://bit.ly/2d443YzDuring a mission to one of Robotnik\'s factories, Sally is...